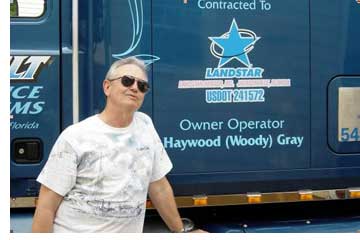 Haywood Gray called me recently and updated me on his 1999 Mack E7480 in regard to oil change status. Haywood is running his third Mack with AMSOIL 15W-40 Heavy Duty Diesel engine oil. He drove a 1984 Mack V-8 with 100K mile oil changes and when torn down with 600K miles it showed almost no wear. (Video available)

Then drove a 1990 Mack six cylinder using an AMSOIL By-Pass system and when torn down at 409K miles without an oil change, it showed virtually no wear.

Haywood is now driving a 1999 Mack E7480 truck. The last oil sample was taken on 1/13/07. The truck had a total of 648,263 miles on engine at this time. The oil had not been changed for 519,230 miles. Haywood is running AMSOIL Synthetic 15W-40 Heavy Duty Diesel Oil. He using the AMSOIL By-Pass filter system with two EaBP110 By-Pass Elements with Donaldson Endurance lube oil filters. The oil is sampled at 50,000 mile intervals, and all filters are changed at the same 50,000 mile interval. 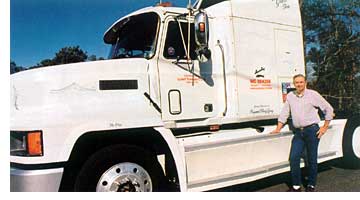 After 409,000 miles without an oil change, this AMSOIL-protected Mack E7-400 engine was as wear-free as an engine in comparable service treated to TWENTY TIMES the oil changes.

COLONIAL HEIGHTS, VIRGINIA - "I didn't see any surprises in there at all. Based on my experience with AMSOIL Motor Oil, it came out the way we expected," said owner/ operator Haywood Gray of his 1990 Mack E7-400 engine. It came out in good shape, exactly what you'd expect for a well-maintained engine with 630,000 miles. Yet the engine's oil had not been changed for 409,000 miles!

The engine was torn down at 600,000 miles when Gray decided to sell the truck. The cylinder liners, bearings, pistons, rings and oil pump, all treated to extended oil drain intervals with AMSOIL, were found to be in excellent condition.

Gray continued using AMSOIL AME in the engine of his new truck, a 1990 Mack with a E7-400 engine. With the new truck, instead of using 100,000-mile drain intervals; Gray began basing his oil drains on the findings of a used oil analysis program. He also installed an AMSOIL By-Pass Oil Filter.

After 630,000 miles total and 409,000 miles without an oil change, the E7-400 engine was torn down by the local Mack dealership in December 1996 and its parts were examined by an engine rater from a major oil additive manufacturer. 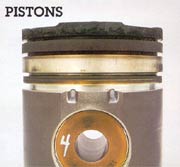 "The pins show no wear at all. The piston crowns and lands show a normal amount of carbon. The skirts are very clean with a few vertical lines."

"The rings are very, very good. All the rings are free. None are broken. No plugging whatsoever in the oil rings." 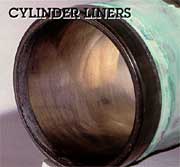 "Probably 95 percent of the crosshatching is still in the liners. No scuffing, no cavitation in the liners. The liners could go back in the condition they're in."

"Again, very very light wear. These could be put right back in and used again." 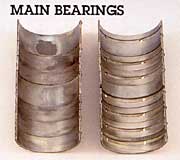 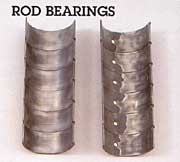 All tests and findings were performed by an independent engine rater.

The engine showed light to moderate wear throughout, just as an engine in similar service and lubricated with conventional oil changed at 15,000- to 20,000-mile intervals would show. In fact, according to the engine rater the parts he examined cylinder liners, pistons, rings, bearings, valve train components - could have been put right back in the engine and would have continued to provide the good, dependable service they had provided all along after 409,000 miles without an oil change! 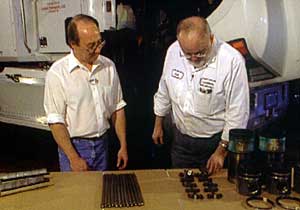 Many factors enable AMSOIL to be safely used 20 times longer than petroleum oils may be used.

Viscosity retention - Some conventional oils' viscosity slips out of specification within a few thousand miles of an oil change. AMSOIL Synthetic Heavy-Duty Diesel and Marine 15W-40 Motor Oil neither loses viscosity as shear-prone oils do, which promotes wear during high temperature operations, nor gains viscosity as oxidation-prone oils do, which pro-motes wear during startup and cold temperature operations.

Northern tier over-the-road fleet - In an ongoing demonstration, AMSOIL Series 3000 5W-30 is being used in a fleet of Cummins N-14 engines for extended drain service with oil drains based on the findings of used oil analysis. One change was performed at one year with 125,000 miles on the AMSOIL. The oil was recommended for continued use. Normal oil drains are done at 20,000 miles.

Haywood Gray has his used oil tested regularly to ensure the ongoing serviceability of the oil and well-being of the engine. In the engine oil report card, wear metals tell the whole story. A high wear metal content indicates a high rate of engine wear. In fact, most engine manufacturers publish upper limits on wear metals content at which an oil must be changed to assure continued engine protection. Even after 409,000 miles, AMSOIL protected better than Mack limits required. Now that's protection!

What Is Oil Analysis?

Oil analysis is a maintenance management tool that allows users to monitor equipment condition for maximum equipment life, maximum lubricant drain interval length and optimal downtime scheduling. Oil analysis saves users significant money by reducing equipment replacements and repairs, reducing the volume of lubricant purchased and destined for disposal and, most of all, by reducing downtime.

Oil analysis customers like Haywood Gray "trend line" their sample results. Trend lining involves comparing the results of previous oil analysis reports to those of the most recent report to establish trends in wear metals content, viscosity, acid content, acid neutralization ability and other characteristics as specified. Departures from established trends indicate a change in engine or lubricant condition and the information they provide may be used to correct abnormal conditions before they cause damage or failure.